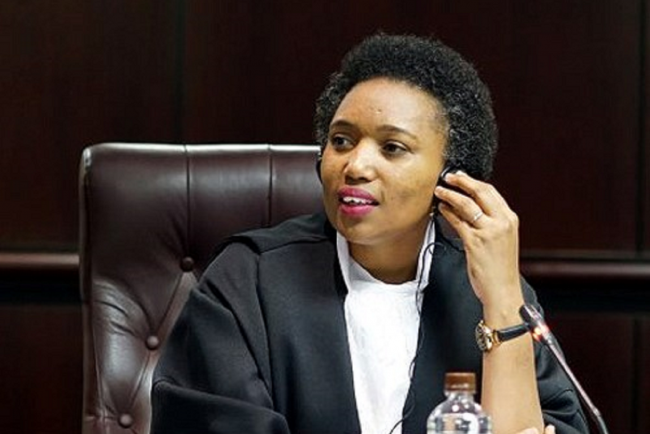 United Nations action "Stand up for Human Rights!” In honor of the International Human Rights Day 2022, russian universities hold a videoconference with the Republic of Mozambique.

The Vyatka State University (VyatSU), the Russian Association of International Law and the Volgo-Vyatka Institute (branch) of the University named after O.E. Kutafin (MSAL) wish to support the United Nations action "Stand up for Human Rights!”.

In honor of the International Human Rights Day 2022, russian universities hold a videoconference with the Republic of Mozambique.

Madame Farida Mamad, the Honorable Legal Adviser to the Prime Minister of the Republic, holds a public lecture on "Contemporary Human Rights Law".

Human Rights Day is observed every year on 10 December — the day the United Nations General Assembly adopted, in 1948, the Universal Declaration on Human Rights (UDHR). The UDHR is a milestone document, which proclaims the inalienable rights that everyone is entitled to as a human being - regardless of race, color, religion, sex, language, political or other opinion, national or social origin, property, birth or other status.

In the decades since the adoption of the Universal Declaration on Human Rights (UDHR) in 1948, human rights have become more recognized and more guaranteed across the globe. It has since served as the foundation for an expanding system of human rights protection that today focuses also on vulnerable groups such as persons with disabilities, indigenous peoples and migrants.

However, the promise of the UDHR, of dignity and equality in rights, has been under a sustained assault in recent years. As the world faces challenges new and ongoing – pandemics, conflicts, exploding inequalities, morally bankrupt global financial system, racism, climate change – the values, and rights enshrined in the UDHR provide guideposts for our collective actions that do not leave anyone behind. In 2022 the theme of the Day: Dignity, Freedom, and Justice for All.

We invite everyone to take part in the event and join us!