(From the book ViatGU: Biographical Pages, by V. Shishkin) 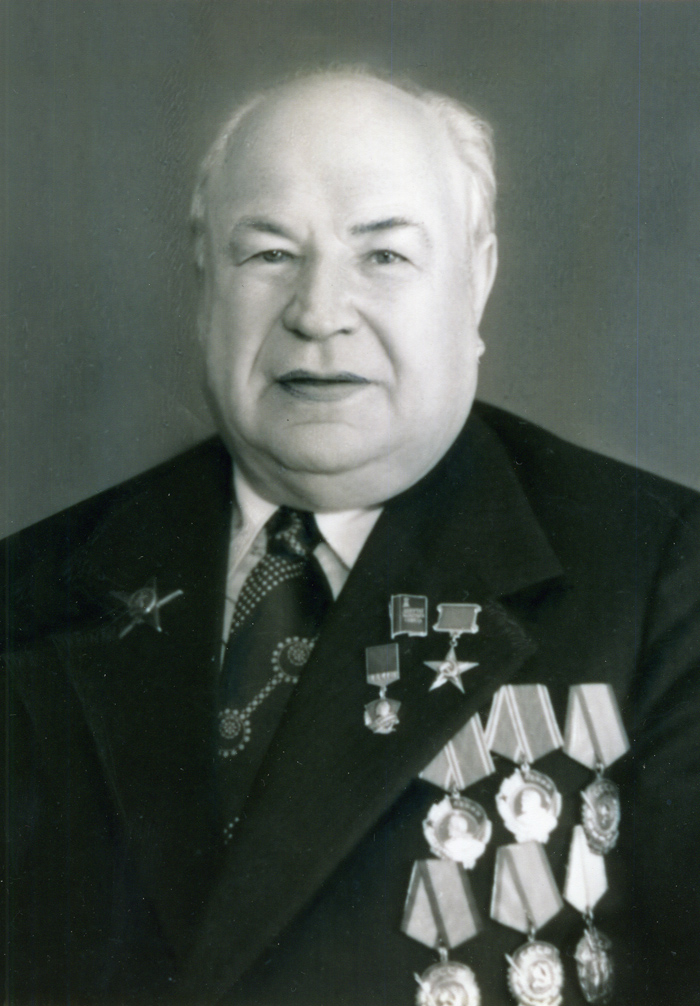 Aleksandr Savvich Bol’shev is a colossal figure within the Kirov Region.  He has the character of a true leader, assuming responsibility, making important decisions and achieving goals.  He did much, not just for the institute but also for Kirov. Not for nothing was he awarded the title of Hero of Socialist Labor, not for nothing was he awarded many honors.  He is an honorary citizen of Kirov City.

In the post war cultural thaw, “physicists” grappled with “lyricists”, new industries sprung up and were perfected, previously unheard of fields were developed, in the air hovered the idea of overall progress. The country demanded more specialists of all types. The ideas of A.S. Bol’shev were in accordance with this epoch. Thus the idea of the creation of the current Viatka State University was born. Preparations and correspondence with various ministries and departments went on for a long time. And, finally, the long awaited order of September 16, 1955 marked the opening of an educational-consultation center, at the Lepse Factory in Kirov, of the All-Union Energy Producing Correspondence Institute. Moscow did not hurry to open the institute, but Bol’shev knew what to do. And on October 3, 1955 regular scholastic study began at the educational- consultation center.  In total 312 students were enrolled, Bol’shev always liked to over-fulfill plans.

Time passed and in the course of a couple of years, Aleksandr Savvich began realizing his long-term plans for the university. Already in May 1957 an order has been written about the reorganization of the educational consultation center into the Kirov branch of the All-Union Energy Producing Correspondence Institute/ The correspondence institute quickly grew to the point that the allotted space was insufficient. Bol’shev brought this to the attention of the leadership of the city and region, who gave the branch the building of the former party school on Theater square. And by March 1963 Kirov had received an order from the Ministry of Higher and Middle Education of the RSFSR consolidating the structure the structure of the Kirov Polytechnic Correspondence Institute.  Aleksandr Savvich gave lectures on electrical equipment for airplanes.

Every year he presided over the State Examination Commission, attentively following the progress of study and senior diploma projects, making not of exceptional students, who, after their education, he invited to his industrial enterprise.  Subsequently  he became the chairman and a member of the State Examination Commission, participated in public life, and took students on for internships. He was his own ma at the institute. A. S. Bol’shev is an honorary citizen of the city of Kirov, and what better way to honor his memory, who did so much for science and education in Viatka.